Ultra-Low Emission Vehicles Rise by 27% in the United Kingdom

Birmingham is to host the world’s first zero emission vehicle summit as exemplar of the government's Industrial Strategy, latest news reveals. The summit is due to take place in September 2018 and will focus on vehicle technology to tackle carbon emissions and to find ways to improve air quality.

Chris Grayling, the current Transport Secretary, discloses: “The government is committed to meeting our climate change targets and cleaning up our air and to help achieve that we are investing £1.5 billion in ultra-low emission vehicles by 2021.”

With this information fresh in the mind, it is pleasing to learn over 53,000 ultra-low emission vehicles (ULEVs) were registered for the first time in the UK last year. This shows a 27% increase, compared to 2016 figures, where just 41,837 ULEVs were registered.

It is believed the increase is due to vehicles eligible for plug-in car and van grants. New registrations in 2017 included 46,058 cars and 1,241 LGVs of models that were eligible for these grants, which was 89% of all ULEVs registered for the first time.

Understandably, the clear majority of ULEVs are hybrid electric or pure electric, as the use of battery energy reduces CO2 emissions. Figures conclude, at the end of 2017, 64% of licensed ULEV cars were petrol hybrid and 35% were pure electric in the UK. The remaining 1% were diesel hybrid and other technologies.

The most common generic models of ULEV registered for the first time in 2017 were found to be:

Inspired, click4reg.co.uk analysed data released by the Department for Transport in Vehicle Licencing Statistics: Annual 2017 to reveal the local authorities in the UK with the highest number of registered, ultra-low emission vehicles. 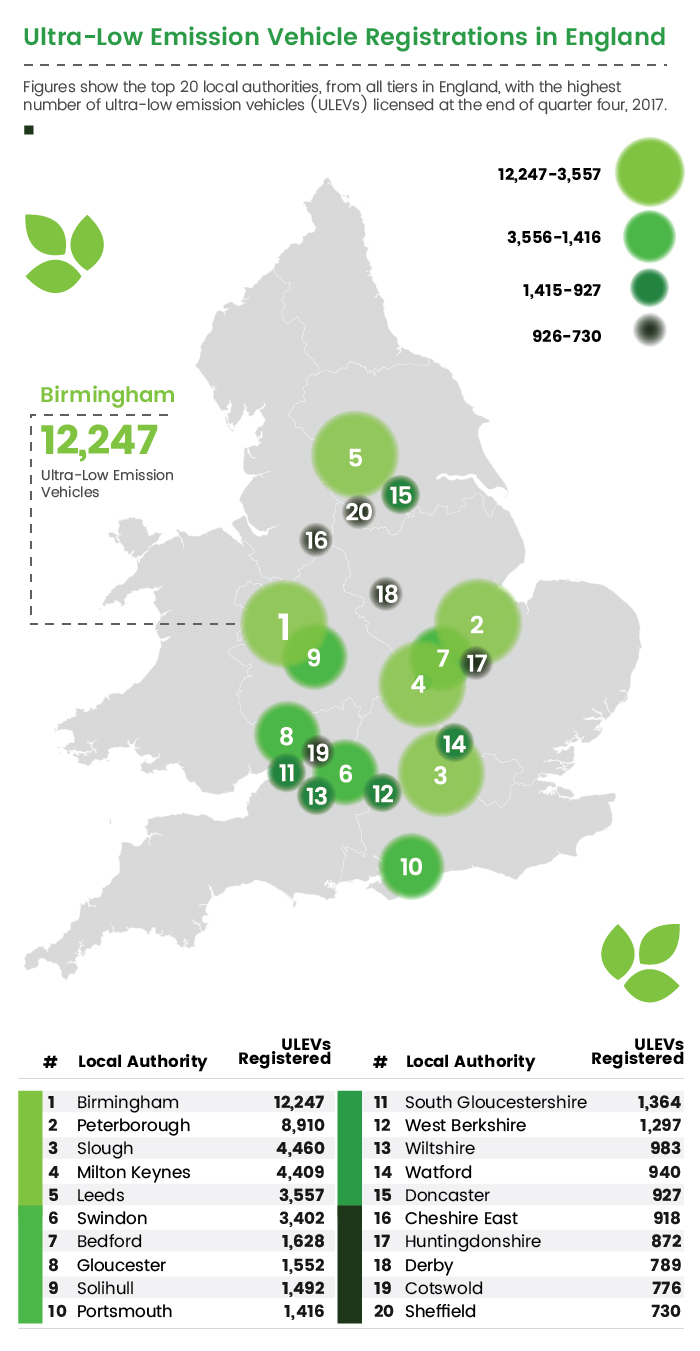 Fittingly, the research conducted by click4reg found Birmingham to hold the highest number of ultra-low emission vehicles (ULEVs) licensed at the end of quarter four, 2017. In fact, the West Midland metropolis held a total of 12,247 ULEVs in December of last year – an increase of 44% on Q4 2016 figures.

The local authority of Peterborough follows, with 8,910 ULEVs licensed at the end of Q4 2017. Also making the top five, for the highest number of ULEV registrations in England, is Slough (4,460), Milton Keynes (4,409) and Leeds (3,557) with substantial figures thereafter.

Click4reg found the local authorities in the UK, with the lowest number of registered, ultra-low emission vehicles are Weymouth and Portland (53), Middlesbrough (46), Eden (46), Barrow-in-Furness (44) and West Somerset – with 40 licensed, ULEVs in Q4 2017. 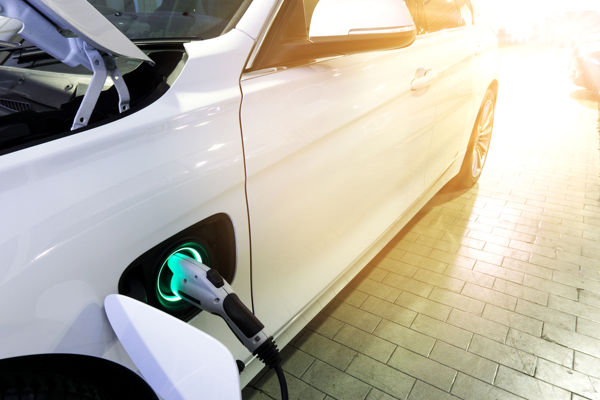 Ultra-low emission vehicles (ULEVs) are usually defined as vehicles that emit less than 75g of carbon dioxide (CO2) for every kilometre travelled, and they will typically include an electric powertrain. According to the Office for Low Emission Vehicles, both private and business users of ULEVs will receive several tax benefits. But, what are they?

Fuel duty is applied to combustible fuels, but not electricity. Plug-in electric vehicles (and hydrogen fuel cell vehicles) do not incur fuel duty for the electricity they use.

There are new rates of VED for vehicles registered on or after 1 April 2018. Zero emission vehicles valued less than £40k are exempt from VED.

Electricity used to recharge a plug-in vehicle at home attracts only a 5% level of VAT, much lower than road fuels (20%.)

Blind spots have alarmingly become a driver’s worst enemy and for many drivers o...

The popular Scunthorpe Telegraph Motor Show has been held, drawing crowds to Nor...