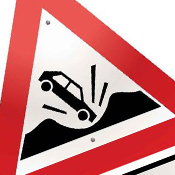 It’s been suggested that the police are to take a larger interest in making the roads safer, with officers concentrating on drivers who are deemed too old or have medical conditions. Senior officers have suggested that if people with bad glaucoma or diabetes were made to surrender their licences, Britain’s roads could be made safer. This would save lives and could even bring down insurance premiums, regardless of whether people have personalised number plates or a standard registration.

Though the radical proposal has been welcomed by some of the nation’s road safety groups, other charities, such as Age Concern, have not backed the campaign. For example, Age Concern suggests it’s wrong to target people just because they’re old. In fact, proportionally, the older generation are involved in fewer road accidents than younger and less experienced counterparts. They said: “Ability, not age, needs to be the foundation for road safety interventions that affect people in later life.”

The new proposals were unveiled in Scotland, where Chief Inspector Elaine Logue presented her findings to Aberdeenshire councillors. Explaining that an ‘innovative’ new approach was needed to control the roads. Inspector Logue said that the force could begin working with the health sector to identify people who could be unfit to drive. Under current regulations, the Driver and Vehicle Licensing Agency (DVLA) requires motorists with specific conditions, such as diabetes, sleep apnoea, epilepsy and glaucoma to give up their licences if doctors believe they’re a risk to other road users. However, Inspector Logue said stricter measures to stop people getting behind the wheel might be needed:

“We need a new, innovative way to deal with this and we are working on this at a command level. A lot of people killed on our roads are down to driver error or unfitness to drive. This may be down to medical issues,” she explained.

One charity backing the idea is Brake. The road safety group urged the government to make motorist eyesight tests mandatory having conducted a poll and discovered 1.5 million drivers had never been checked. James McLoughlin, the charity’s spokesman, said: “Driving is one of the most complex and potentially dangerous things many of us do on a daily basis, so it is vital that our health is up to the task. There are a whole range of health conditions that can affect your driving, and we would urge anyone who suspects they have developed an impairing condition to refrain from driving and seek advice from their doctor, and the DVLA.”

Learner Drivers Take to the Motorway

From Monday 4th June 2018, learner drivers will be able to take driving lesso...

There have been further calls to implement mandatory eye checks for motorists of...