Back in April, we conducted research to find out which road signs Brits knew best. This time, we wanted to open it up to all of the rules of the road: specifically, the unusual driving laws we weren’t aware we were breaking.

With over 300 laws and counting in The Highway Code, it can be hard for motorists to keep track. But while we’re probably on top of the basics, are there any weird traffic laws we had no idea existed? And have we broken any of them?

Click4reg.co.uk put this idea to the test, by quizzing 2,192 British motorists on some of the more unusual/niche rules of the road.

- 1. Unusual driving laws: How many do we know? The results

1. Unusual driving laws: How many do we know? The results 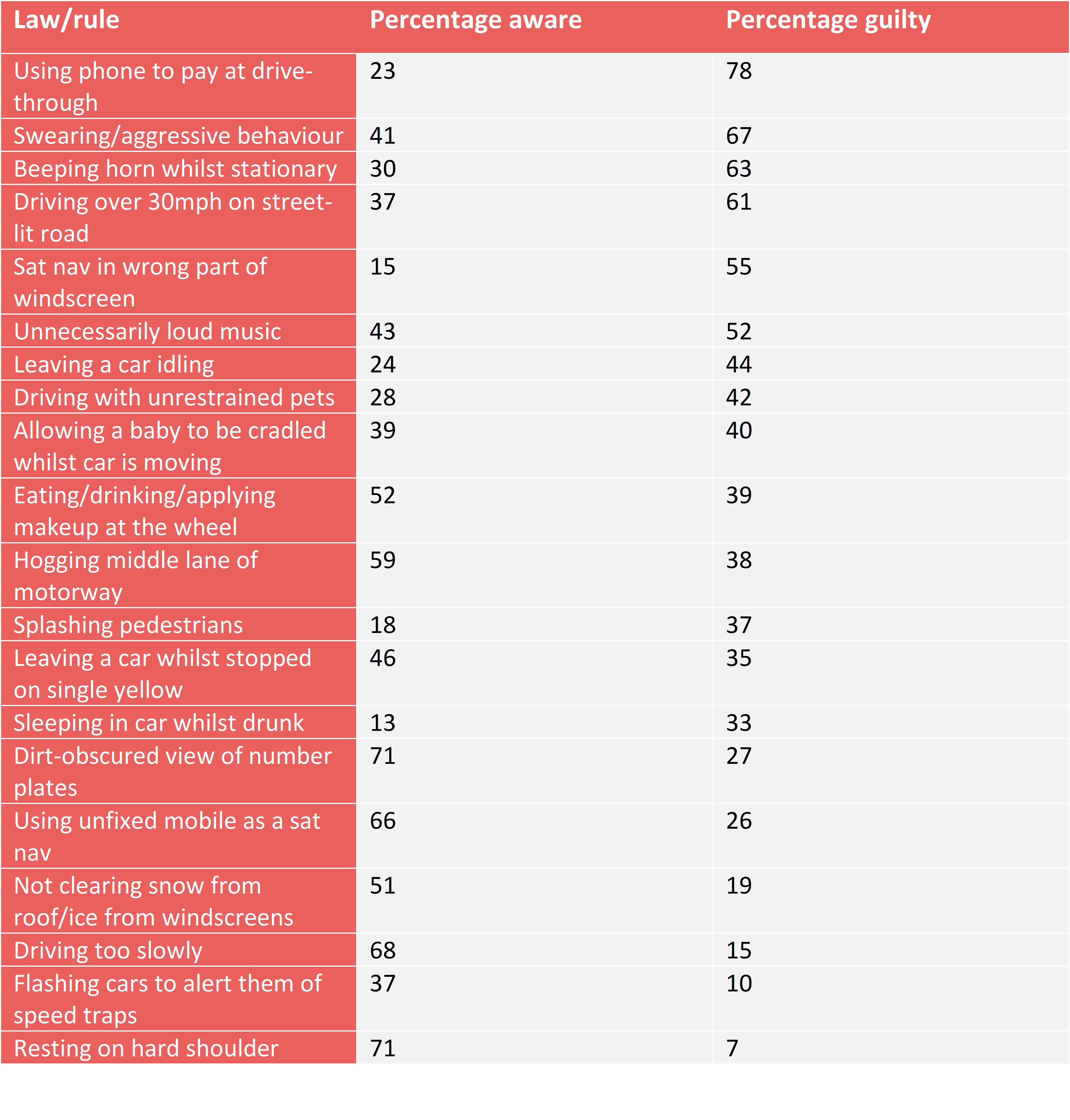 By far, the most broken road traffic law is using a phone to pay at drive-throughs. While using a phone behind the wheel is a known offence, this doesn’t seem to apply when you’re hungry – only 23% were aware this is illegal and a whopping 78% admitted they’ve done it.

Unfortunately for hot-heads or road ragers, one of the UK’s weird driving laws means you can also be prosecuted for aggression behind the wheel - 41% knew this and 67% admit to doing it, making this the second most broken rule.

Similarly, beeping the horn whilst stationary is punishable. Only 30% knew this was against The Highway Code, and 63% have done it, placing it in third.

Flipping the table, the road rule driver are the most confident with is not resting on the hard shoulder. With 71% aware of this road rule and only 7% having done it, there are no issues here.

UK motorists are also disciplined when it comes to alerting others. While only 37% respondents knew you can’t alert other drivers of speed cameras/traps, thankfully only 10% have.

And finally, driving too slowly is something we’re also successful at avoiding. 68% of knew this wasn’t allowed, and only 15% have done so.

A stat we found particularly strange from this research regards number plates themselves - over a quarter of respondents (27%) told us they have previously driven with dirt-obscured number plates.

This is shocking considering the fundamental necessity of number plates in UK motoring - perhaps if they had an expensive personalised plate then this number would be lower!

To break down the research further, take a look at the 5 most broken and 5 least known unusual traffic laws:

How to Install License Plate Lights