Whether for business or for leisure; more and more Brits are taking to the roads in their 4x4s due to the need to haul heavy loads. It is not unusual to witness a boat, horsebox, caravan, quadbike or rally car being transported along UK roads. More often than not, such trailers will be hooked to some form of off-roading vehicle, which begs the question; does size really matter (pardon the pun)? Or, are larger road vehicles merely a symbol of status?

With numerous smaller, greener car owners branding the vehicles as ‘Chelsea Tractors’, mocking their miles per gallon and bemoaning their potential damaging on the roads, we have decided to investigate whether owning such a vehicle is a necessity or a luxury.

According to Gov.uk, most cars have a maximum weight they can tow. This is usually listed in the handbook or specification sheet.

Alternatively the vehicle’s ‘gross train weight’ may be listed on the vehicle identification number (VIN) plate on the car. This is normally under the bonnet or inside the driver’s door.

The gross train weight is the weight of the fully-loaded car plus fully-loaded trailer and must not be exceeded.
If your VIN plate doesn’t list a train weight, you should not use your vehicle for towing. 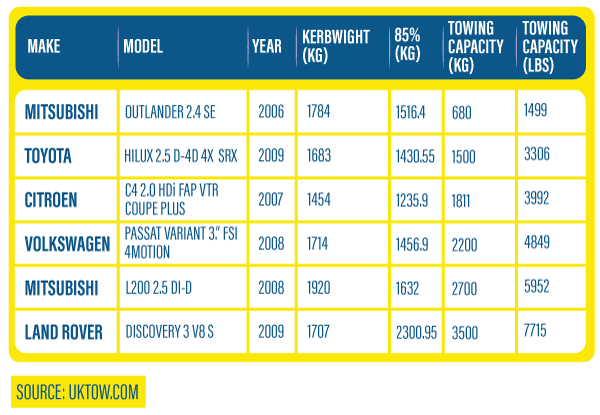 Surprisingly the above Toyota Hilux model (picutred) in 2009 offered less towing capacity than the Citroen C4 (a hatchback) or the Volkswagen Passat Variant (an estate). 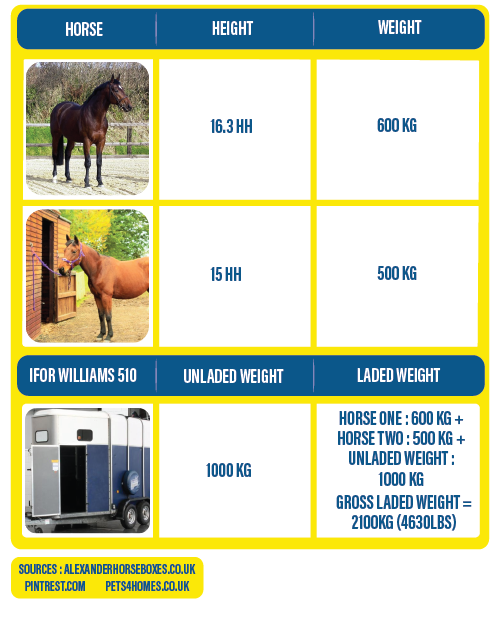 Any vehicle with a towing capacity lower than 2100kg would therefore not be permitted by law to tow this load. From the earlier table of vehicles, these figures would render the Mitsubishi Outlander, Toyota Hilux and Citroen C4 as illegal when towing this weight. The Volkswagen Passat Variant, Mitsubishi L200 and Land Rover Discovery 3 however, would be considered legal towing this weight.

Damage to roads and tax

One of the qualms voiced about larger 4x4-type vehicles is the potential damage the cars cause to the roads. Despite a lower towing capacity, the Mitsubishi Outlander has a greater kerb weight at 1516.4kg than that of the Toyota Hilux (1430.55kg), Citroen C4 (1235.9kg) or the Volkswagen Passat Variant (1456.9kg). However, how much damage do such vehicles really cause?

Construction vehicles often topple the scale in terms of weight and still make use of motorways and roads. Larger cranes can weigh in at 800 tons, however, the crane is deconstructed before travel and arrives in different sections ready to be built on site; allowing for a greater distribution of weight. Similarly, the weight of the main vehicle is distributed over, what may be eighteen large tyres. However, even with this distribution of weight, lorries and construction vehicles and transporters carrying mobile homes, trains or other such cargo will weigh far more than the average 4x4. 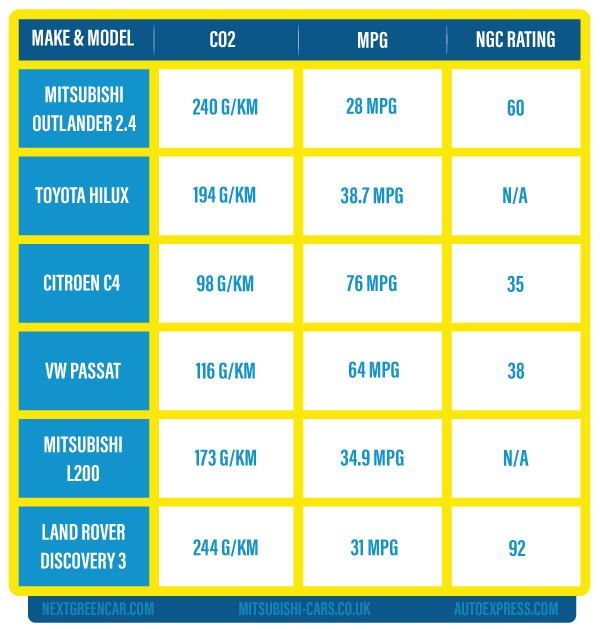 Of the cars we’ve surveyed, the Citroen offered the greatest mpg at 76mpg and was also the most economically friendly with 98g / km CO2 emissions. Surprisingly, the Mitsubishi Outlander 2.4 offered the worst performance in MPG, at a measly 28 mpg. In terms of CO2 emissions, both the Land Rover Discovery 3 and the Mitsubishi Outlander 2.4 were more than double the Citroen’s emissions at 244g/kg and 240 g/km. These statistics are reflected in the taxing of the vehicles.

The AA offered a performance review of each of our surveyed cars. In relation to handling, comfort and performance, these were the comments given retrospectively to each vehicle:

‘Despite its aggressive stance and name, this is not a car to go exploring in. For occasional trips to beach and paddock it is fine. Realistically the Outlander is for buyers who crave a lifestyle estate but can't afford a more prestigious badge.’

‘On road the Hilux is pleasingly quiet and does well to absorb most road imperfections. Off road it can tackle all but the most extreme of conditions thanks to its switchable four-wheel drive system, considerable ground clearance and suspension articulation.’

‘Citroen's C4 stands head and shoulders alongside cars that are often perceived to be more attractive propositions. This is the area that will have Citroen critics falling silent - the C4 delivers.’

‘The steering is well weighted and you feel in complete control. Engine choice is largely a personal preference, but the peaky 2.0-litre petrol motor is ideal for hot hatch traditionalists whereas the gutsy diesels make for a less frenetic experience.’ 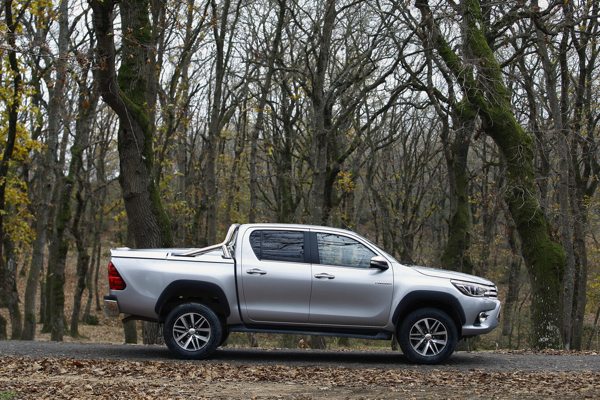 ‘It's nice to report that the car's gearbox boasts a short, snappy shift - a very un-VW-like characteristic.’

‘There's little roll but the odd severe urban imperfection can rattle through the cabin. Elsewhere, the car's seats are supportive but a little firm. Cabin noise is minimal, and the extra cabin room is welcome and instantly noticeable.’

‘Switchable four-wheel drive and conventional off-roader functionally ensures that journeys across muddy farmland or building sites are straightforward. The L200 is also good on road, boasting reasonable levels of refinement and cabin comfort.’

‘Off-roaders were never meant to be fun to drive but this is only the case if you push the Discovery hard. In normal driving, its fluid ride and the ability to take corners at car-like speeds are impressive. It's surprisingly nimble around town and also boasts a decent turning circle.’

‘Off road it obliterates its opponents - its limits are far higher than that of the average driver - and takes the slipperiest and steepest hills in its stride.’

Appearances can be deceptive – there is no direct correlation in the towing ability of the vehicle with its size. You must always check the towing ability in the manufacturing guidelines for your car and make the relevant calculations before towing. However, this does mean that in some circumstances, for smaller loads, a hatchback such as the C4 may suffice.

Predictably, the price of the vehicle increases with the size of the vehicle, with the surveyed Citroen C4 averaging approximately £2,500 and the Land Rover Discovery 3 averaging around £11,000. If you are looking to buy a vehicle that is capable of towing a small caravan; you might therefore be better off buying a smaller, more powerful vehicle for less money. The smaller vehicles also predictably fair better in terms of fuel economy. However, ultimately, if you require your vehicle to perform in a rugged terrain and off-road, the 4x4-type vehicles still outperform other cars.