Living life in the fast lane has become the norm in our day-to-day routines, whether it’s eating, shopping, work or socialising – and the same goes for driving. Consequently, Click4reg.co.uk sought to find out the reasons why people choose to break the speed limit, and whether speeding even makes a difference to journey times, or merely just your bank account.

Despite the fact a great deal has changed in the motoring world over the years, one thing certainly hasn’t: our attitude towards speeding. Even though the number of speed deterrents are on the rise, speed offences are on the up. In November, the RAC reported that 2.2 million drivers were prosecuted for speeding last year – marking a six-year high – a “highly concerning” rise of almost a third on the 2011 figure. Furthermore, in the UK in 2016, the Department for Transport revealed 217 fatalities were a result of drivers exceeding speed limits.

Speeding will cost you, one way or another - potentially costing your life, car or sanity. It’s a known fact that driving fast burns more fuel, and more fuel means more money. Each mph you spend speeding is costly, and in terms of an hourly wage, speeding can be very expensive. 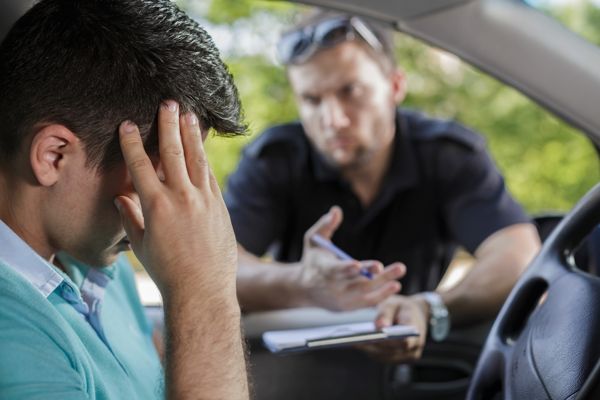 How much does speeding actually cost you?

Click4reg.co.uk wanted to explore how much each minute ‘saved’ by speeding would cost financially if it were to result in the minimum ‘Band A’ fine – 3 points and 50% of your weekly income.

It’s a known fact that driving fast burns more fuel, and more fuel obviously means more money. Each mph you spend speeding is costly in many aspects, but particularly in terms of an hourly wage, speeding can be very expensive. Especially now that new speeding fines were introduced in April 2017, which means that the worst speeders can now be fined 150% of their weekly salary. 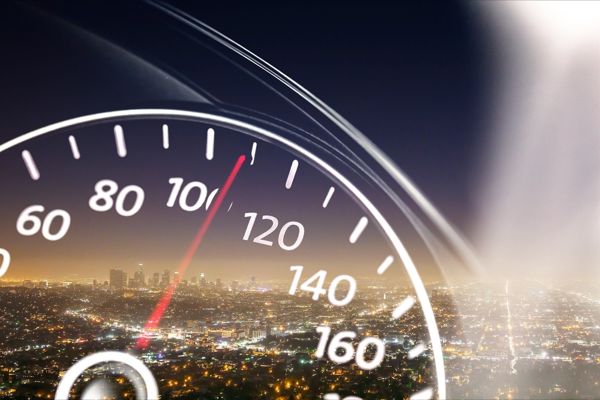 Does speeding actually make a difference to journey times?

Click4reg.co.uk analysed research by insurance company, Aviva, to find out how much time speeding really saves when driving the average 14 mile commute. The online private number plate company considered how long it would take to cover the average 14 miles driven per day, at various speed limits, and then compared this to the time it would take to complete the same journey travelling 10mph over the speed limit.

When travelling in a 30mph zone, the average 14 miles would take 28 minutes to arrive at your destination. If you were to drive 10mph over the speed limit, it would take 21 minutes – ‘saving’ you only 7 minutes of driving. Of those 7 minutes, when comparing to the average UK annual salary, it would cost you £37.46 per minute ‘saved’ in your journey, if you got caught by a speed camera or police officer.

So, is it really worth it?

The results found that driving 10mph over the existing speed limits saves you: 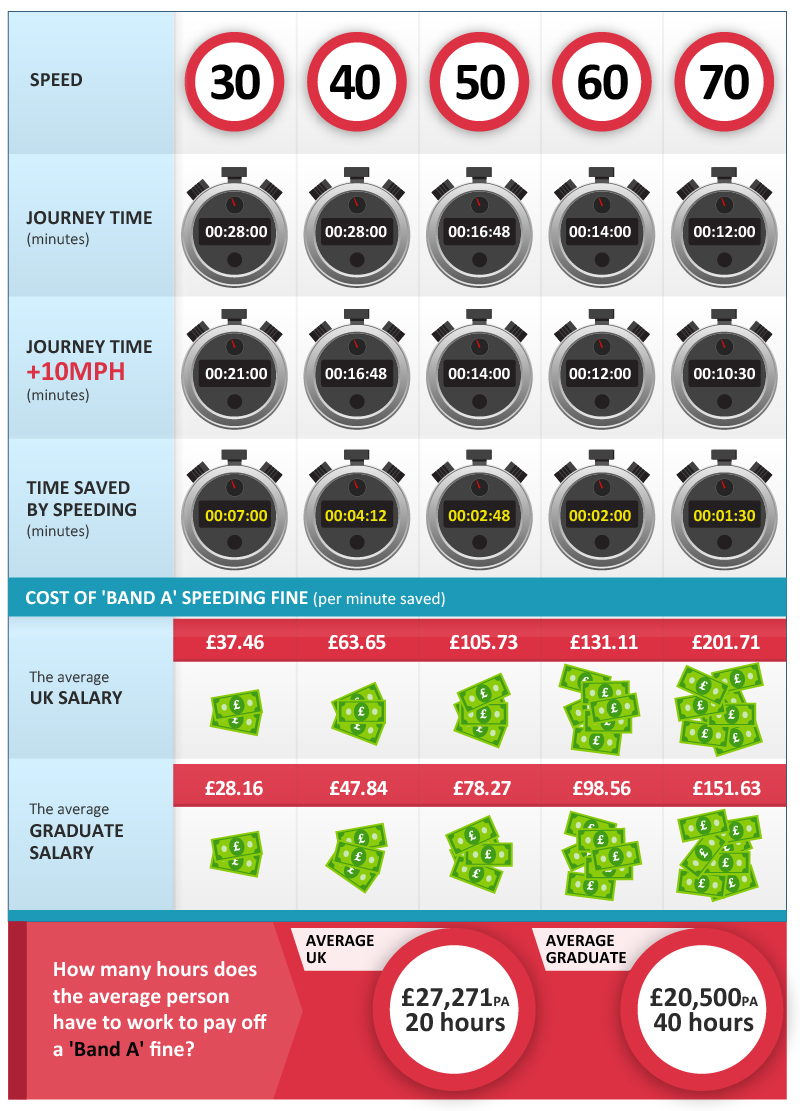 So, why do people speed?

Why people speed, varies from person to person. Some speed out of habit, others because they enjoy it, but the majority do so because they’re late. One reason, however, is shared – people do it to reach a destination sooner. Click4reg.co.uk sought to find out why many choose to speed and conducted a survey of 3,014 male and female drivers from around the UK, aged between 18 and 50 years old.

Some of the results from the survey conclude: 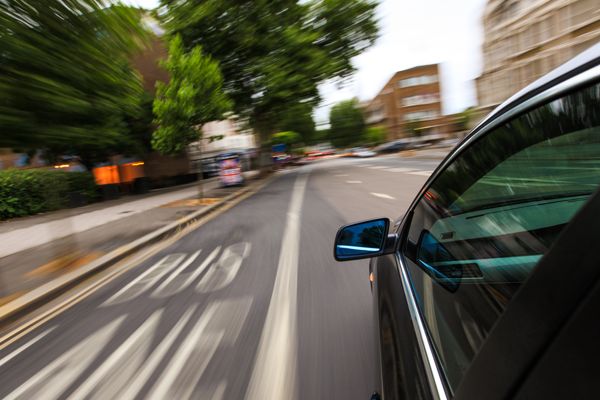 How can motorists avoid speeding in future?

According to THINK!, the risk of death is approximately four-times higher when a someone is hit by a car at 40mph than at 30mph. Speed limits are there for a reason – it’s important that you stick to them.
So, consider these when driving:

•    Know your speed. Keep an eye on your speedometer when driving through roads where speed limits change. Speed limits are limits, not targets.

•    Recognise what makes you speed. If the driver in front decides to go beyond the speed limit, that doesn’t mean you must keep up with them – don’t be pressured. Also, allow yourself extra time to travel from A to B, so you’re not feeling pressured to rush yourself if you’re tight on time.

•    Concentrate on the road ahead. Vehicle distractions like music, electronics, people and pets can cause you to lose concentration and speed without you even noticing. Be careful and concentrate.

•    Invest in a sat-nav with live traffic updates. There are several satellite-navigation devices on the market that offer accurate traffic information in real-time. These can help you find an alternative route if an accident has happened ahead or traffic has built up in certain stretches, to avoid the temptation to speed to make up time. 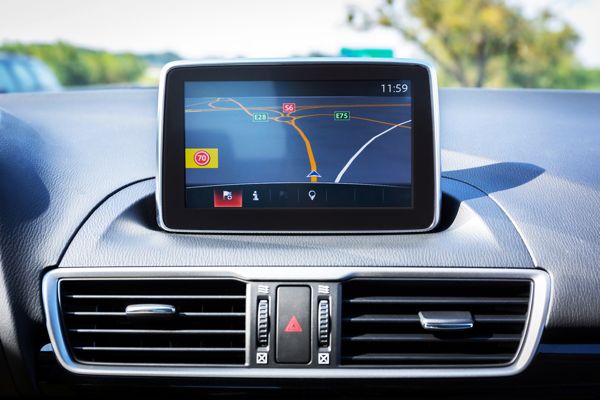 Google in the Process of Creating the World’s First Talking Cars!

So what’s the USP of Google’s ‘driverless cars’? Well...