Driving is as everyday as changing your socks. You may get excited about a new pair once a year, but you generally do the same thing every morning. Long, tedious commutes can be a burden on your car romance. Making you loathe rather than love your commuter. Fall in love with driving again with this shortlist of the craziest cars that ARE road legal.

In the 1990s Mazda released the MX5, a car that changed the market when fuel economy regulations were destroying the automotive industry. It had an impressive amount of acceleration and sustained torque through the rpms. It has established itself as a modern day classic. And now it is the perfect donor for an astounding kit car. The Exocet can be from 50 – 70% lighter than the original MX5, meaning a huge improvement in power to weight ratio, if you can deal with the lack of body panels or boot. The possibilities are endless with this kit car, from track brake pads to a fully supercharged kit to take your 1.8 engine to 250bhp! The Exocet kit will only set you back nearly £2600 and if you sell off all your unwanted parts leftover from the original MX5 it could be much less. 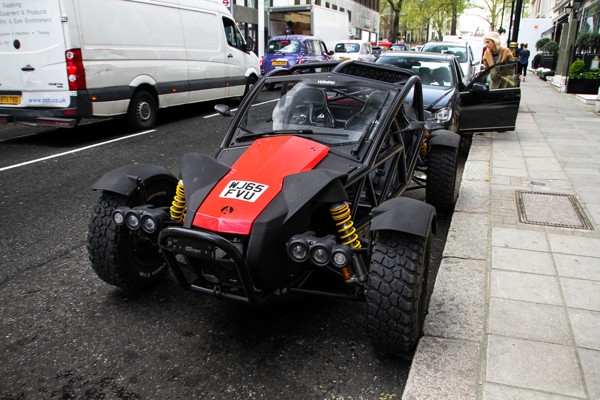 The latest addition from the geniuses at Ariel is a roll cage on steroids. And it is a little scarier than the Atom.

The Honda 4 cylinder 2.4 litre iVTEC engine pumps out 235 BHP @ 7200 rpm and 300 Nm of torque @ 4300 rpm. Weighing just 670 kilos, this thing moves! The Nomad was released late last year as a progression from the success of the Atom and looks like something from a Mad Max trailer. Brand new you can pick one up for just over £30,000. This beauty is highly customisable and you can fit it with 15” Yokohama race tyres or 15” rally wheels, either way this beast is road legal. And we love the number plate.

Ever dreamt of being an astronaut or space travel? Well here’s the closest thing on earth. The team at the Car Factory can transform some of the most standard cars to create the out-of-this-world space capsule, from Toyota MR2s to Porsche Boxster’s. They encourage requests for any car to see whether the body can fit AND all ETV vehicles are road legal. 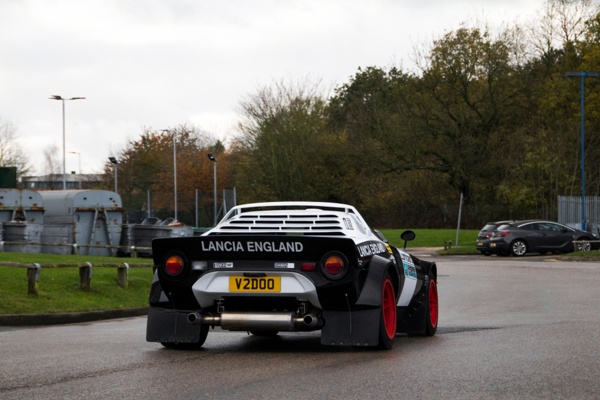 The Lancia Stratos HF was an icon of the rally car era. Lancia made some of the best race cars of the ‘70s and were famed for their bold designs and Italian speed and power. For £40,000 Lister Bell will build you a custom replica of the Lancia Stratos just the way you’ve always wanted. Unlike the 70s beast, your Stratos can come fitted with fully functional air conditioning, your specification of engine and various custom accessories from a light pod to a roof scoop. Any pistonhead will be drooling over this Lancia throwback.

When considering if you should sell your personalised number plates, it is cr...