If you’re struggling to find a date and wondering how to get more matches on Tinder, why not try posing in front of your car? It may sound strange, but an experiment conducted by Click4reg.co.uk revealed that this method does actually work!

We created several different female and male Tinder profiles and left them up for two days, swiping right on a total of 200 people. Each profile ensured the name, age and bio of each remained unchanged - the only difference was that each person was photographed next to different types of cars, or next to no car at all. The aim was to identify whether posing in front of a car could increase your chances of being swiped right, and which type of car would make you the most attractive to the opposite sex.

Our study revealed that posing in front of a certain car on your Tinder profile can increase your chance getting more matches by nearly double.

On average, our male profile with no car featured received 59 matches over the course of 2 days. However, by posing in front of certain car makes and models, those matches increased to as many as 132. On average, a male with a picture in front of a car got 79.8 matches in 2 days.

It appears men are less bothered whether a woman is posing in front of a car or not, with women’s success not altering too much. However, it still did increase the number of matches, with a profile with no car gaining 78 matches in 2 days, and a profile featuring a car averaging 82.4 matches.

How men can get more matches on Tinder:

The Tinder experiment unsurprisingly found that posing in front of more lucrative cars increased the number of matches. The most matched profile included a photo of a male in front of a BMW i8, which got a whopping 132 matches - nearly double the amount the profile received without the car (75).

This was followed by: 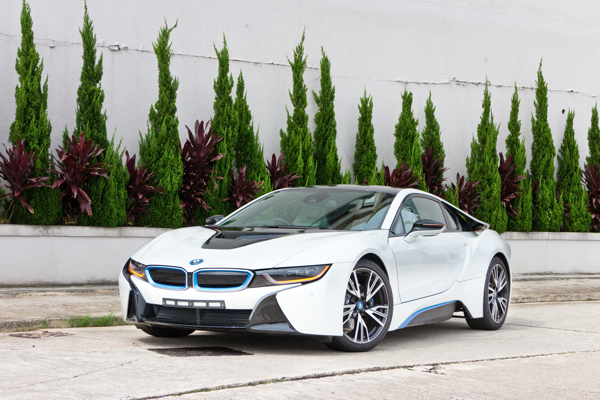 One study, investigating why women might be more attracted to men posing in front of expensive cars, found that it instantly made them appear “extra enticing”. In fact, some women even admitted to going out with someone purely because of their car.

But what do men think about women who pose in front of cars?

How women can get more matches on Tinder:

Just like women, men also favoured profiles where women were stood in front of a BMW i8, gaining a staggering 137 matches.

The other cars that please men are as follows:

How to get more matches on Tinder?

If your car got fewer matches on Tinder, don’t panic. To get more people swiping right for you on Tinder, you may want to consider adding a personalised number plate to your car to instantly make it look more unique and attractive.