Despite the attention private parking laws have been receiving in the recent years, newly released data from the RAC foundation for motoring reveals that parking charges also provide a generous source of income for the local councils. In 2015-16, the total income from parking in England exceeded £1.5 billion; 4% higher than in 2014-15.

Per the report titled ‘Local Authority Parking Finances in England 2015-16’, it was found income from on-street tickets and permits totalled £483 million (up 2%.) A further £338 million came from on-street penalty charges (up 3%) and £682 million (up 5%) from off-street charges and penalties.

Penalty income in London was £235 million, the same as in 2014-15. In the rest of England, penalty income was £103 million, 11% higher – but only a third of that collected in London; reflecting the lower penalty tariffs outside of the capital. For example, the penalty for more serious parking offences in London can amount to £110 or £130, whereas, outside the main city, £70 is more typical.

Overall, parking income for English councils outside London amounted to an impressive £906 million; a 5% increase on 2014-15.

To determine parking income, three main sources were considered: meter income, residents’ and business permits, and penalties. Bearing this in mind, Click4reg.co.uk decided to analyse exactly which areas of the UK are receiving the highest income from parking charges and whether it has risen or fallen in the past year.

Coastal destination, Brighton and Hove landed the number one spot with the highest parking income, at £28.7 million: an increase of 6% and the 9th largest income in England – outside of London. This was closely followed by Nottingham, at £20.9 million with a relative increase of 6%.

In terms of rise and fall, councils with the largest increase in rates included Bristol (22%) and Milton Keynes (16%); whereas Leeds saw the biggest drop and decline, at -12%, followed by Birmingham and Manchester with -4% apiece.

The total parking income is equivalent to approximately £58 per year per person – much lower than the £1,400 that the average motorist will spend a year on fuel. Yet, it is safe to say parking charges are perhaps the most emotive issue amongst drivers. 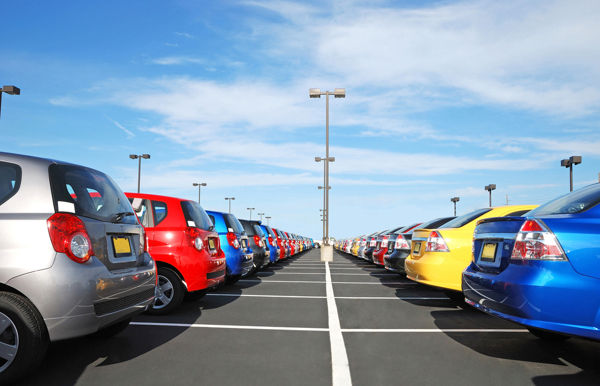 Yes, parking charges can be laughable – but they are necessary. Motorists need structure, rules – but it’s about being smart. Weigh up the options available to you, locally or further afield. Don’t just settle for the most convenient, or popular parking as rates are often far higher."

It is also interesting to consider the surplus amounts earned from parking rates across the UK. In fact, the combined surplus amounted from on and off-street parking, is an almighty £756 million: 9% higher than the previous financial year; and 34% higher than five years ago.

See below; a table which displays the ‘top 10’ UK councils, who are earning the most in surplus amounts. Brighton and Hove made the largest surplus outside London, at £20.1 million, and had the sixth largest surplus nationally; followed by Nottingham (£13.6 million), which now has a large contribution from the workplace parking levy. 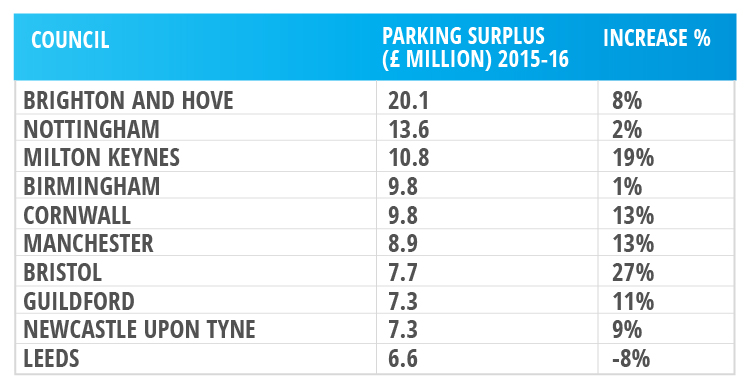 By law, the on-street parking surpluses must be used for transport projects. Overall, local authorities in England spent £4.3 billion on transport related services in 2015-16.

As part of their 25th anniversary of selling personalised number plates, the Dri...