Analysing data from the Department for Transport (DfT), Click4reg.co.uk found, from 2015 to 2017, that those of all ages holding a driving licence has increased by 1,753,958 (4.6%). However, when categorising those aged 17-25, figures have indicated that the number of under 25s holding a full driving licence has increased by 4,634 – a mere 0.2%; showing that those over 25 are more likely to learn to drive.

Click4reg.co.uk polled over 1,000 young people in the UK, aged between 17 and 25, currently without a driving license, and asked them why they decided to put the brakes on learning how to drive. From the research, they found that 17% do not hold a driver’s license due to the convenience of having ‘Mum and Dad’s taxi service’, or friends. A further 8% of young people cited a worry over the environment is a big factor to not drive, particularly as many simply are unable to afford an electric or hybrid vehicle, so would rather wait.

With more young people going to university than ever, learning to drive is becoming less of a focus as many students are opting to save money and wait until they have finished studying, following tuition fees rising to a staggering £9,250 per year and cuts to maintenance grant, which previously didn’t need to be paid back. Thus, 16% of young people surveyed said they would rather use alternative modes of transport, such as bicycles, buses or trains. Furthermore, interestingly, 6% of young people believe driverless cars are the future, so  there is “no point” in learning to drive when cars will do the same job in the future. 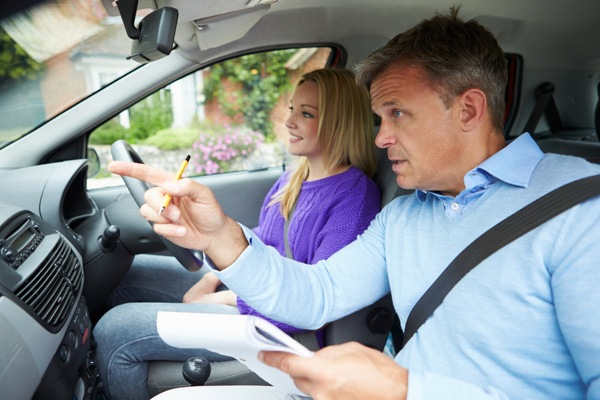 However, some young people have had driving lessons, but haven't acquired a driving licence yet. Of the 1,000 people surveyed, almost 1 in 10 say they are ready to take their test, but admit they are too anxious to take the plunge in case they fail (9%), and 4% state they haven’t got their license due to failing their test, at least once. Interestingly, 3% are worried about taking the new test as they deem it to be ‘harder’, and just 1% cited not having learned to drive due to problems finding a ‘reliable and cheap’ driving instructor.

A further 5% confess that they are opting to not learn to drive because they are ‘too lazy’. However, Click4reg.co.uk found that the biggest factor deterring young people from learning to drive is cost, with a staggering three in 10 young people (31%) admitting they would have a licence if they could afford to learn and buy a car.

How much does learning to drive cost? 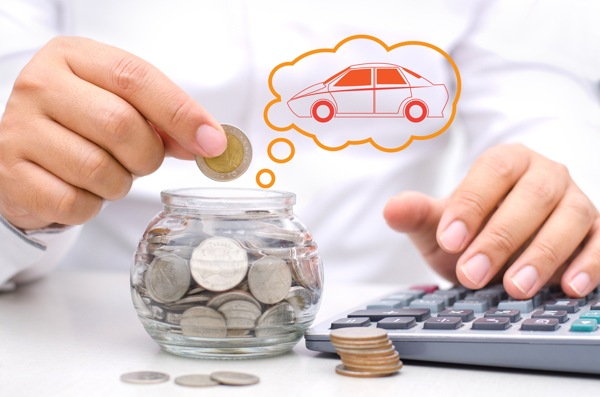 It comes as no secret that learning to drive comes at a cost, and small purchases such as “L” plates, revision books and lessons all begin to mount up. Thus, Click4reg.co.uk found exactly how much it costs to learn to drive, utilising data from Gov.uk and the Driving and Vehicle Standards Agency (DVSA).

This comes to a grand total of 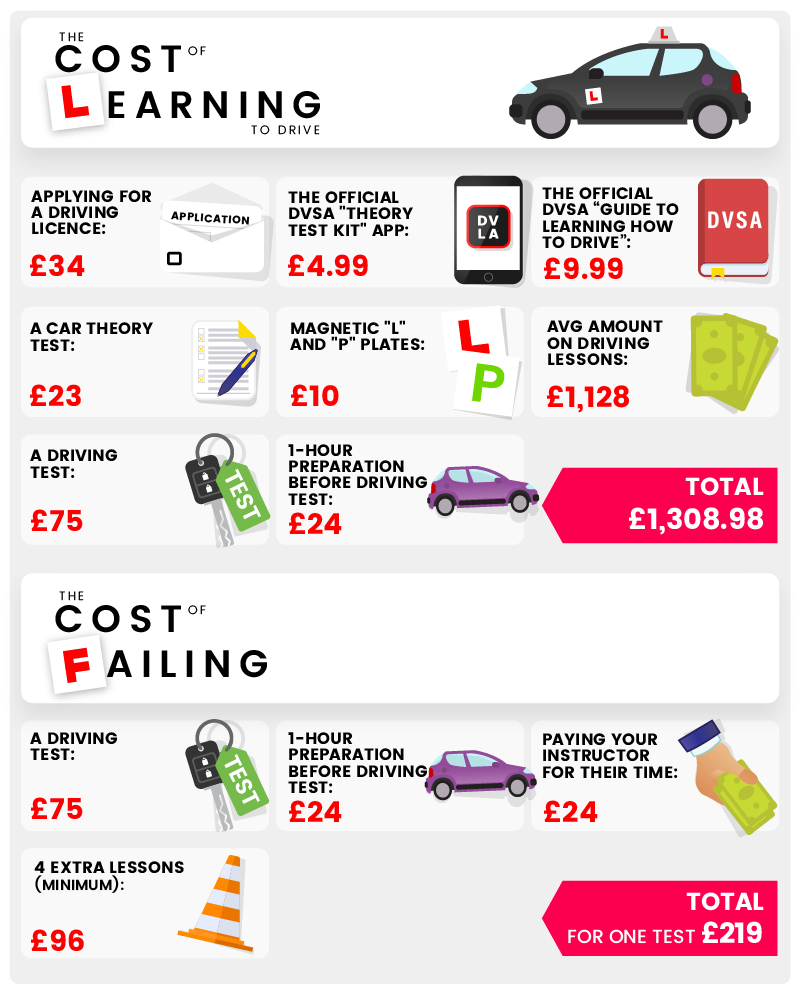 How much does failing cost?

It is not uncommon for an individual to fail their practical driving test more than once. However, it is important to ensure you and your driving instructor are confident with your ability before taking your test, otherwise individuals may have to fork out additional expenses, which many of us can do without.

Taking into consideration the expenses of the practical driving test, and extra lessons you will need, Click4reg.co.uk found out how much money people will need to fork out each time they are denied a driving licence.

This comes to a grand total of

5 ways to cut the costs…

When taking into account the cost of learning to drive, Click4reg.co.uk also considered what new drivers could do to lower the costs. Managing Director of Click4reg, Elie Fakhoury, suggests five ways to help reduce to cost of passing:

1.    Look for cheap or free introductory lessons – shop around for the best deals
2.    Block book lessons where possible – it can save you around 20-25%
3.    Get a family member or friend to teach you in between lessons – although, they must have passed their test more than three years ago
4.    Take your theory test before you start driving lessons – this avoids driving lessons being taken up practising the Highway Code
5.    Be flexible with when you would like to take your test – the cheapest time to book a test is before 4.30pm on a weekday, which costs £62. However, this fee rises to £75 after 4.30pm, on Bank Holidays and weekends