The British have always had a soft spot for cars with character. In a recent survey conducted by the AA, around 4 in 10 of us (39%) chose to name our family vehicle. When choosing the name of our trusty automobile; names ranged from that of spouses, the model or colour of the car. Surprisingly only 1% chose to name their car based on famous cars. Whether on television or in the movies, certain cars have stolen the limelight as well as the public's heart. You can see the full report from AA here 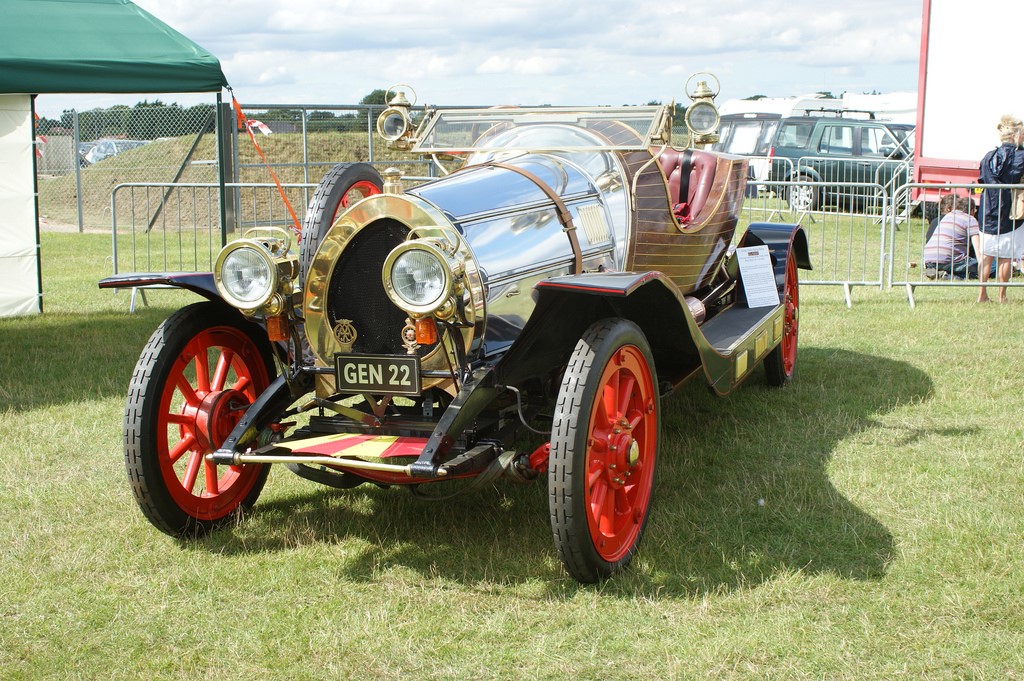 Film / T.V Series: Chitty Chitty Bang Bang
Twentieth Century Fox’s production of Chitty Chitty Bang Bang was inspired by Ian Fleming's story, ‘Chitty-Chitty-Bang-Bang: The Magical Car.’ The film follows a single father who builds the car and, when out at the beach, tells a story in which the car takes his children on an amazing adventure.
Special features: This quirky vintage car has the ability to float on water and can fly.
Age: 1968 (48 years)
Replica value: Approximately: £150,000 - 250,000 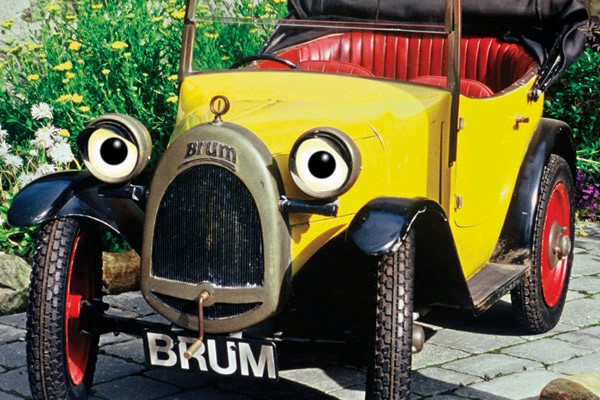 Film / T.V Series: Brum
Each Brum episode begins in the Cotswold Motoring Museum (where you can still find Brum today!). Nestled between the other motors, the little car appears to awaken and sneaks out to embark on some fun adventures.
Special features: Has the ability to drive himself. The museum commented that their little car communicates ‘through his opening and closing his doors and bonnet, bobbing his suspension, blinking and swivelling his headlamps, rotating his starting crank, extending his turn signals, and beeping his horn.’
Age: 1991 (24 years)
Replica value: (Toddler’s pedal car) Approximately: £170.00 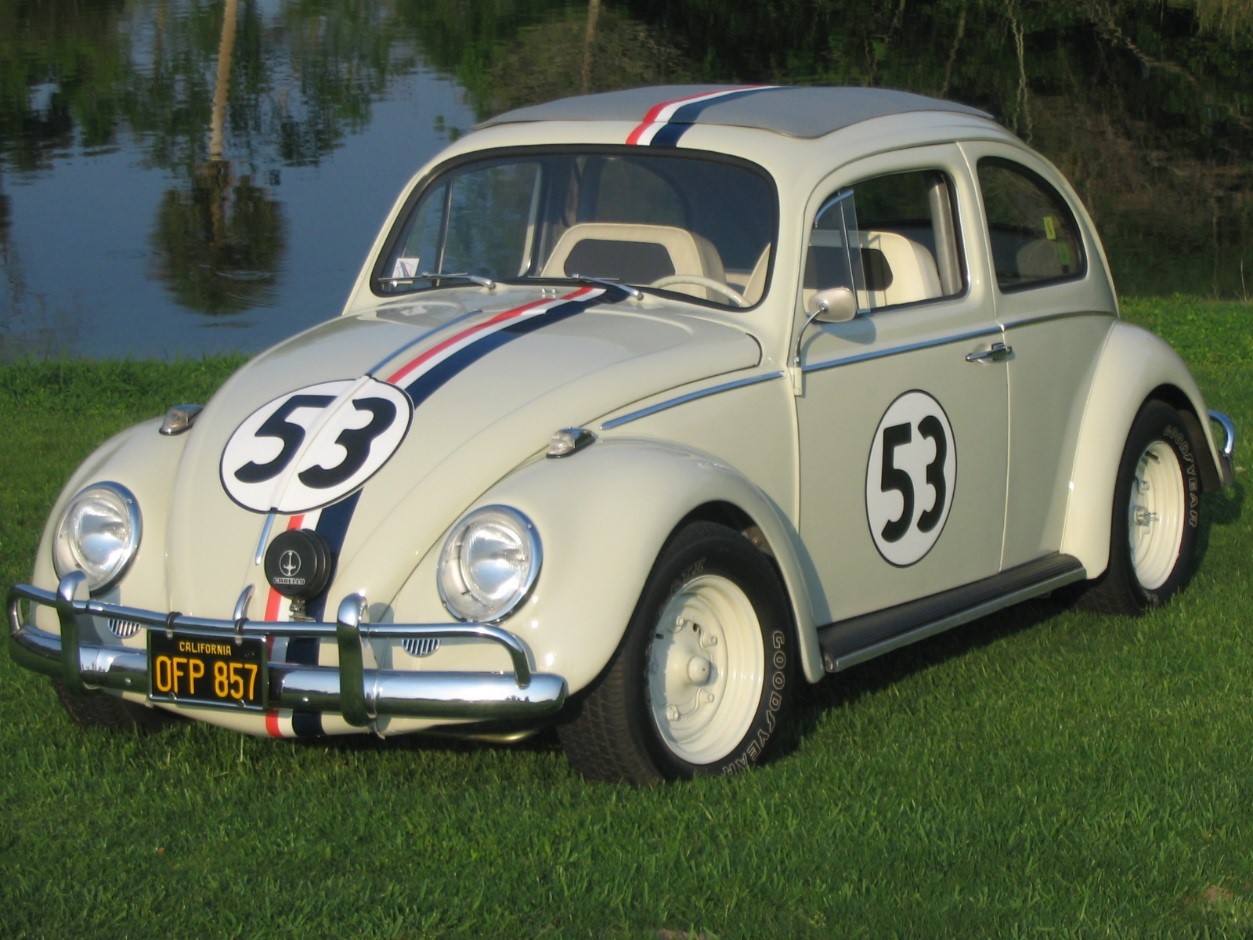 Film / T.V Series: The Love Bug / Herby
Gordon Buford’s book, "Car, Boy, Girl," written by in 1961, was what the original film, "The Love Bug" was based on.
Special features: Like Brum, this VW Bug has the ability (in films) to drive himself, often entering into races. Again, the car can communicate; often for comic effect, via opening and closing its doors, boot, bonnet and by flashing its headlights. In some scenes, Herbie appeared to drive using only a couple of its wheels. The car was portrayed to have feelings too. Herbie resigned himself to being crushed at a demolition derby in the film ‘Herby: Fully Loaded’ when his driver displays obvious desire to own her rival’s stock car.
Age: 1968 (48 years)
Replica value: Approximately: £5,000 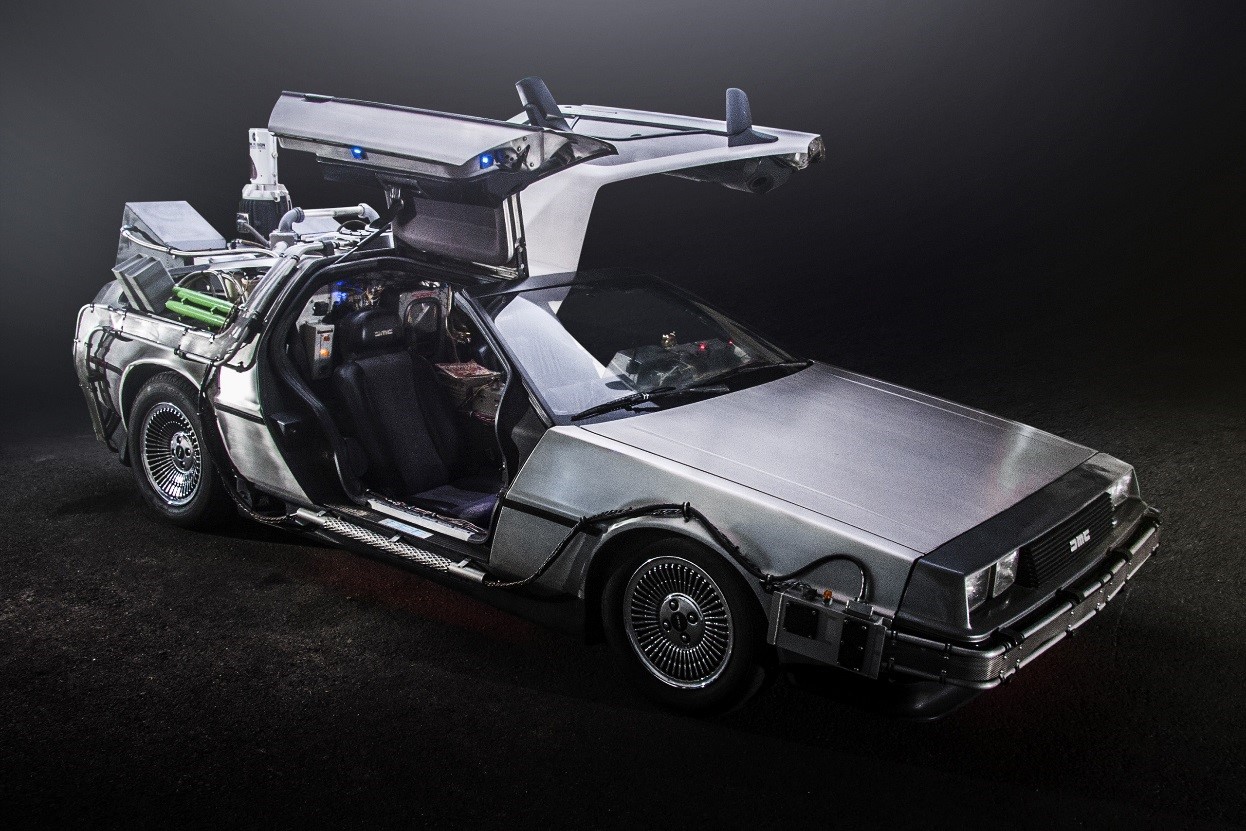 Film / T.V Series: Back to the Future
This comic sci-fi adventure film centres around a teenager, Marty McFly and an eccentric scientist ‘Doc’, who manages to successfully send Marty back in time.
Special features: In the film, the modified Delorean can travel backwards and forwards in time owing to some complex adaptations.
Age: 1985 (31 years)
Replica value: Approximately: £34,000 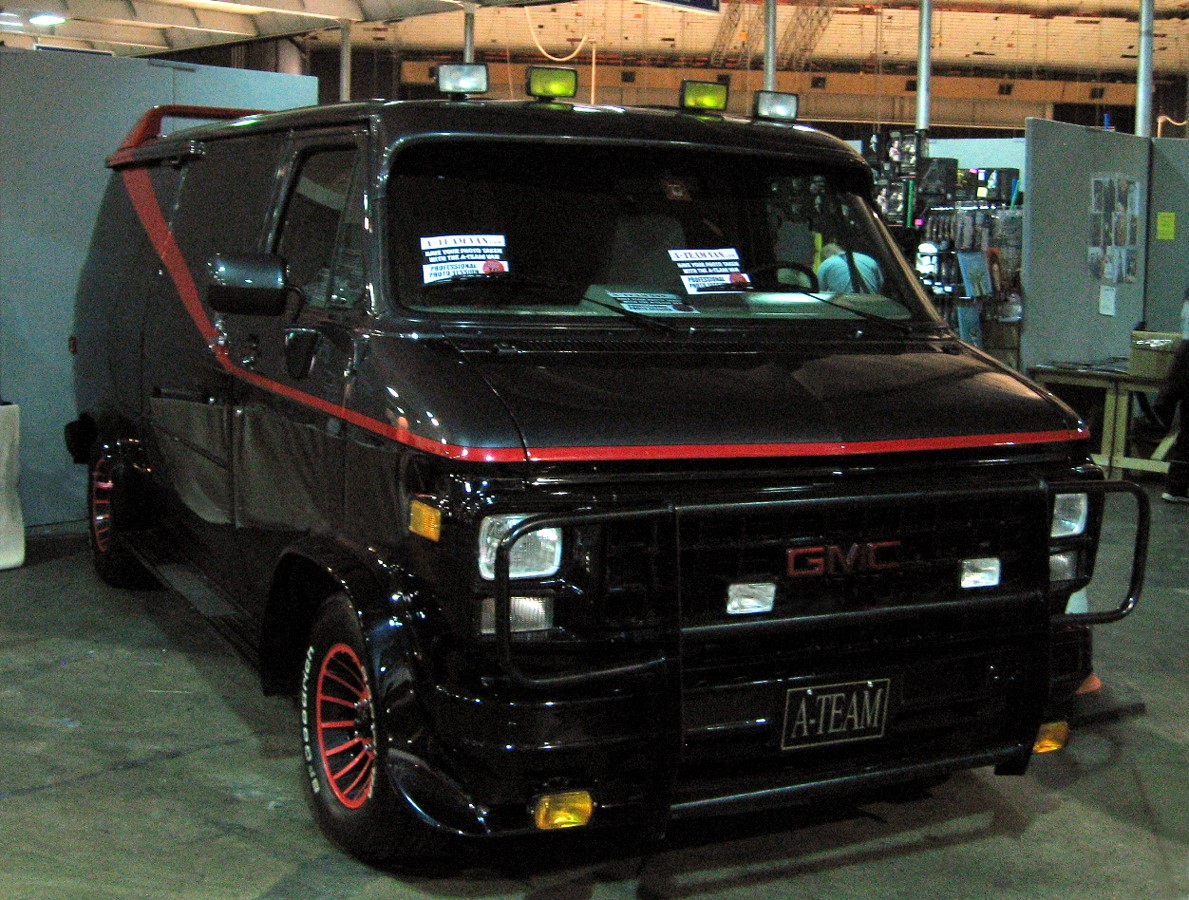 Film / T.V Series: The A Team
The A-Team (Alpha Team) are a band of fictitious soldiers who were falsely accused of a crime and court martialled. Forming a team, they embark on missions in which they fight for justice.
Special features: Although the character Mr. T’s trusty van does not exhibit any extraordinary features such as the ability to fly; it is a resilient motor and proves to be a useful mode of transport for the team in their endeavours.
Age: 1983 (33 years)
Replica value: Approximately: £14,000 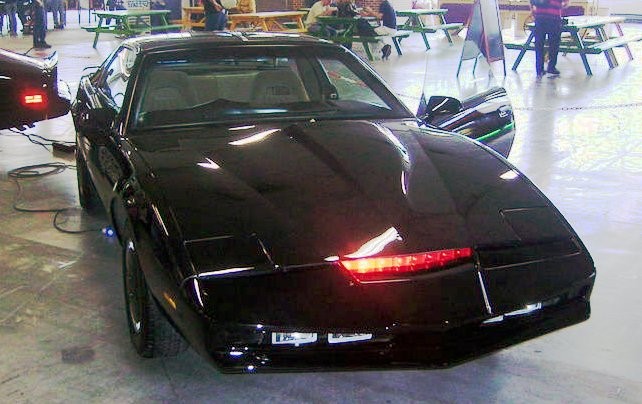 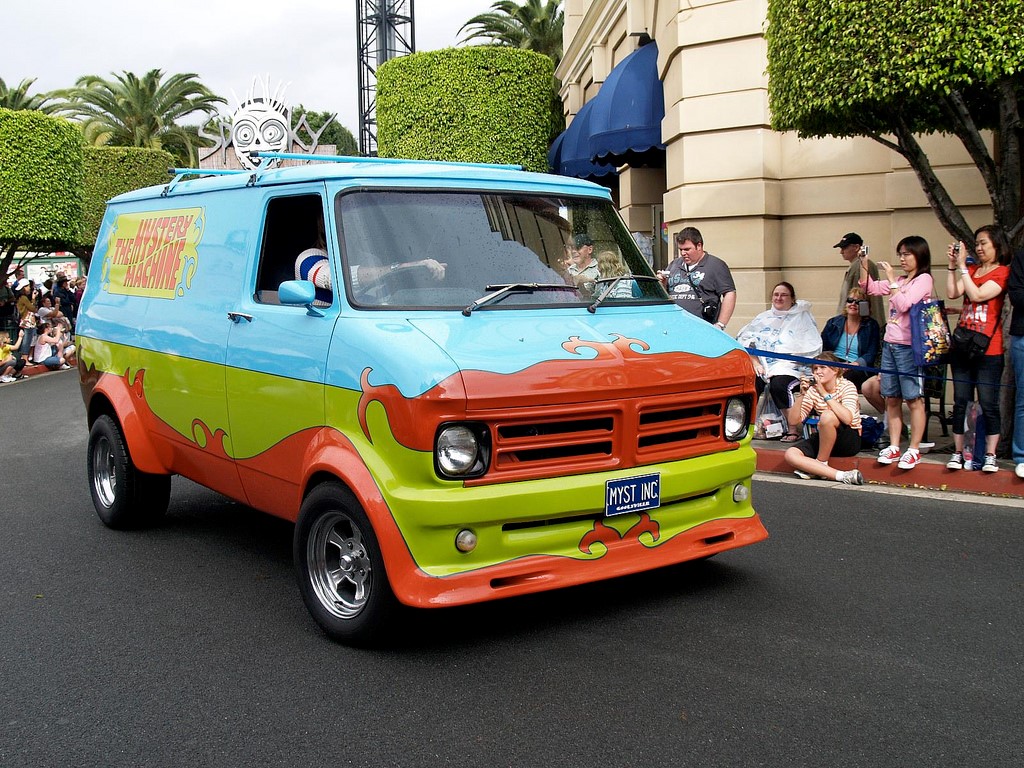 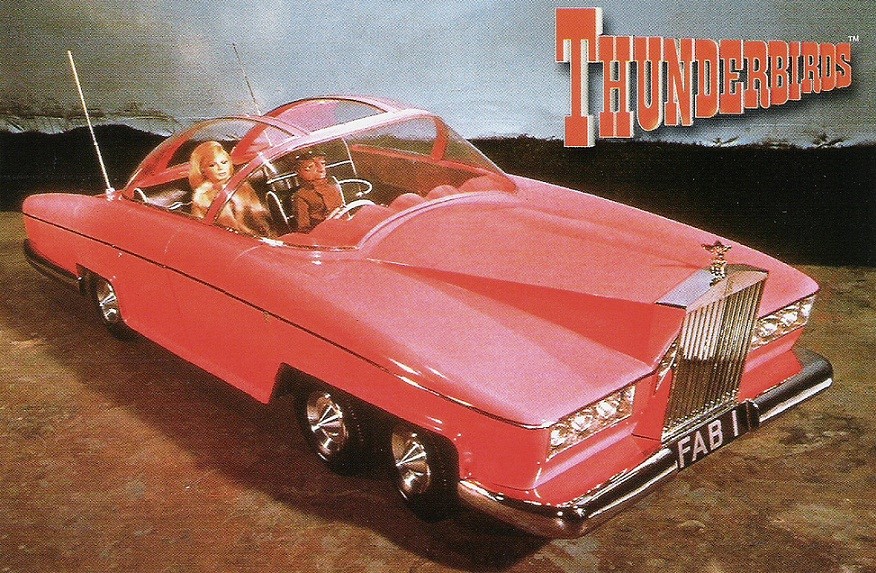 Film / T.V Series: Thunderbirds
Owned by the character, Lady Penelope and driven by her chauffer, Parker; this Rolls Royce demonstrates a range of crime fighting features over the series and in the film. Although the original miniature car was built for puppets; there has been several life-size re-makes of the car. It is possible to hire the vehicle for parties.
Special features: In the latest film, the car has the ability to fly and float on water. In the older episodes screened on television, the car featured a range of accessories enabling it to make a quick getaway!
Age: 1965 (51 years)
Replica value: N/A 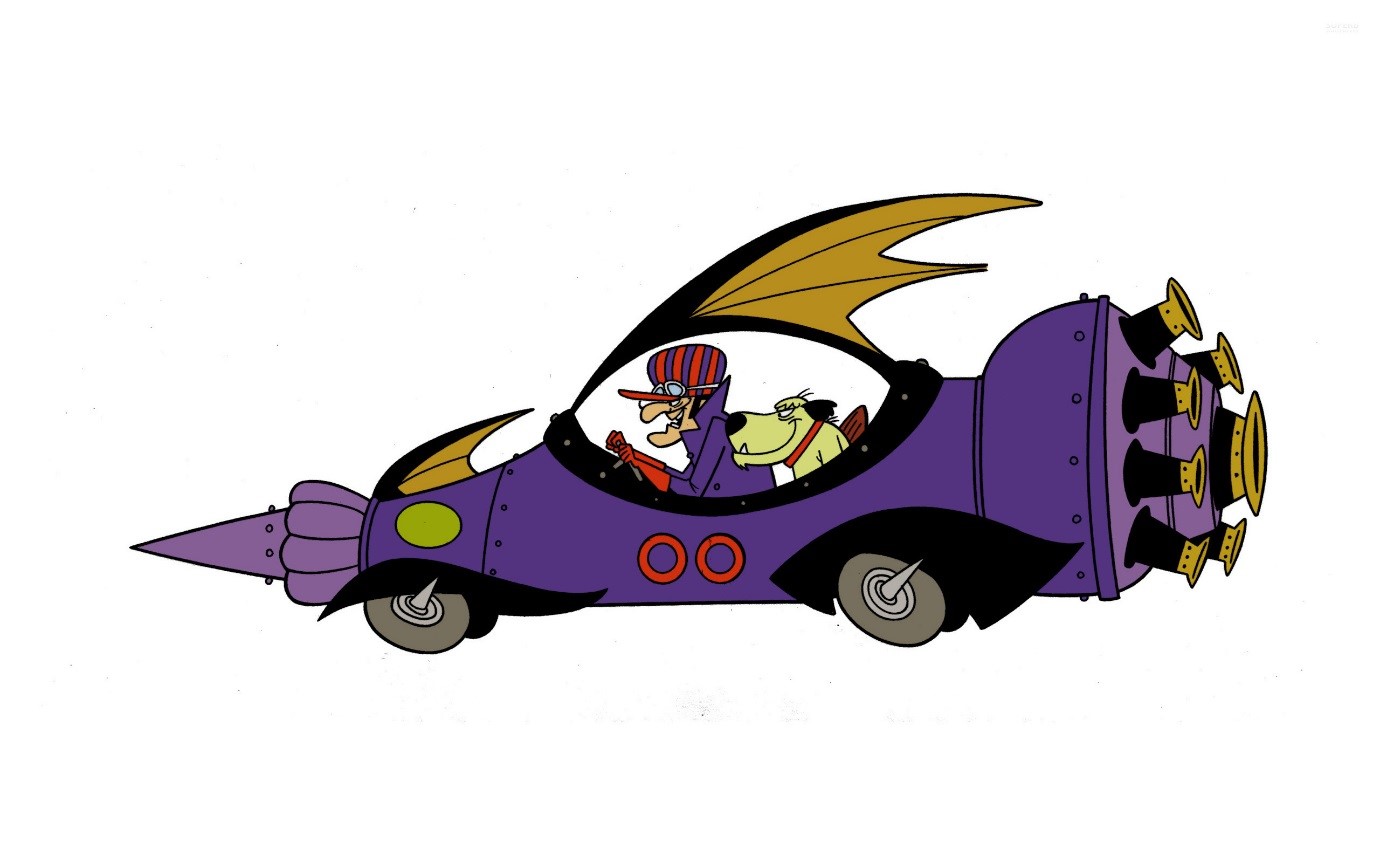 Source: Credit to http://www.dan-dare.org/
Film / T.V Series: Wacky Races
Driven by the cartoon Villain Dick Milhous Dastardly, with his canine companion, Muttley; this car acted as their racer and means of cheating to get ahead of the other contestants.
Special features: This rocket powered car had a range of concealed weapons and devices that allowed Dastardly a better chance of cheating. Although his car was potentially the fastest; the terrible duo proved that crime doesn’t pay as they never succeeded in winning a race.
Age: 1968 (48)
Replica value: N/A

Film / T.V Series: Ghostbusters
Often in a bit of a sorry state, with smoke pluming and door hinges creaking, the Ectomobile still acts as a trusty vehicle and a vital device for storing ghost-catching equipment.
Special features: The films are rather cryptic in terms of revealing what the specialist equipment is that is strapped to the roof. A satellite dish is visible. Although we know that the equipment has something to do with the capture of ghosts; when detailing specifics, most other suggestions are all based on speculation.
Age: 1968 (48 years)
Replica value: Approximately: £175,000

Film / T.V Series: Mr. Bean
Featuring in a variety of episodes, Mr. Bean’s Mini is one of his most beloved possessions. Viewers see Bean getting dressed and brushing his teeth in the car on the way to work. In another episode, the car is driven whilst the character sits in an armchair strapped to the car’s roof!
Special features: Comically, this car is bolted shut and locked with a padlock. Another quirky security measure is Mr. Bean’s removal of the steering wheel rather than the keys.
Age: 1986 (30 years old)
Replica value: Approximately: £3,000 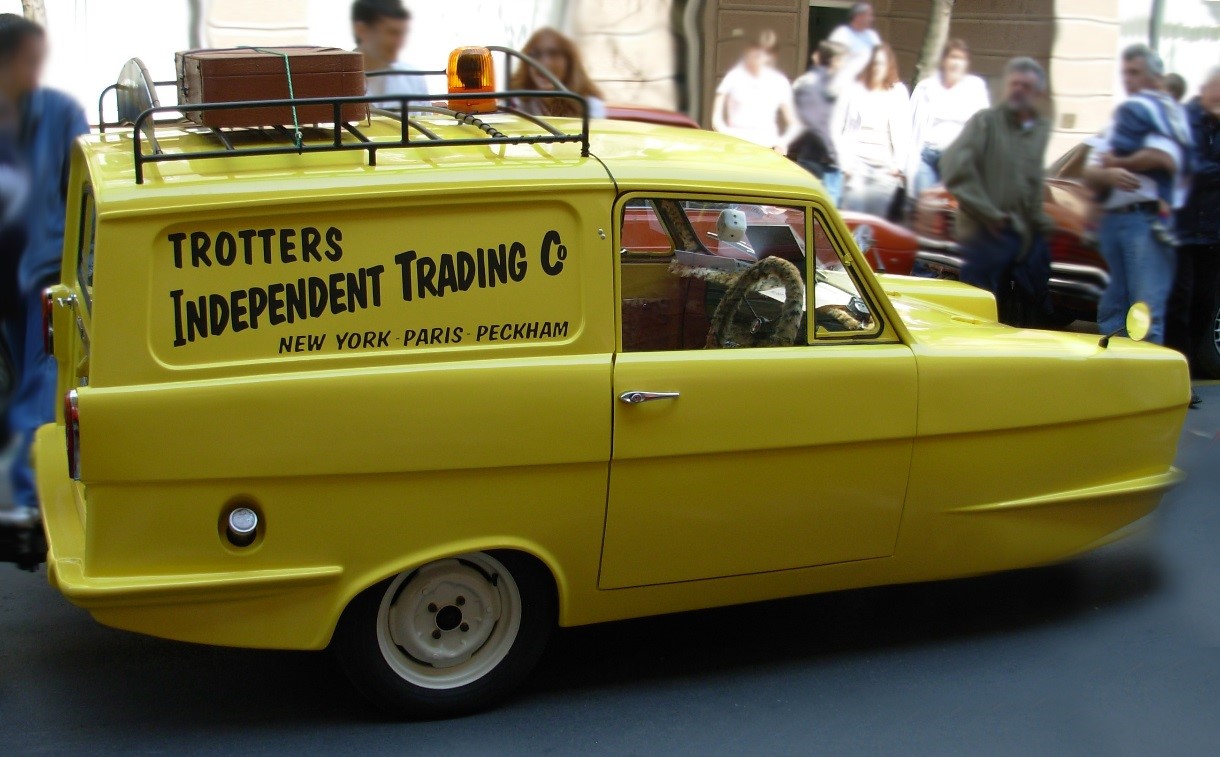 Film / T.V Series: Only Fools and Horses
Del Boy and Rodney’s Reliant Regal Supervan III made frequent appearances throughout the series and has since become a popular piece of comedy heritage.
Special features: This van was everything but extraordinary (other than surviving with very little maintenance!). It was cramped, grubby and was dubbed the ‘Yellow Peril’. Nevertheless, the van, kitted out with fluffy dice, and a notice stuck to the window reading ‘tax in the post’ managed to capture the nation’s heart.
Age: 1981 (35 years)
Replica value: Approximately: £3,000

From Rolls Royces to Reliant Regals, the vehicles share a common ground of mirroring their owner’s personalities. From Mr. T’s muscle van to Del Boy’s fixer-upper. Whether Lady Penelope’s immaculate FAB 1 to Mr Bean’s quirky and fun Mini; they are in some way personalised in a way that allows the vehicles a large helping of character!