We live in a world where we have become dependent on the use of mobile phones. Whether it be for work, personal, social or general use - it is a device we feel attached to. It usually tends to be the first thing people check when they wake up and the last thing they see before going to sleep. So here at Click4Reg, we decided it was time to put together a useful and necessary guide on the UK mobile phone usage whilst driving.

Research by Dr. Lee Hadlington, a Senior Academic at De Montfort University, believes that the sensation of ‘fear of missing out’ (FOMO) is the leading reason why people have the constant tendency to keep check their mobile phones. He explains:

“Constantly checking a smartphone can lead to rewards, and this links into internal level reinforcement. This ‘reward’ system, such as receiving messages from friendsand family, or somebody sharing new content, makes that person feel good.”

This notion is perhaps unsurprising when considering research by Deloitte found that not only 81% of adults in the UK own a smartphone but collectively as nation, we look at our mobile phones over one billion times a day. 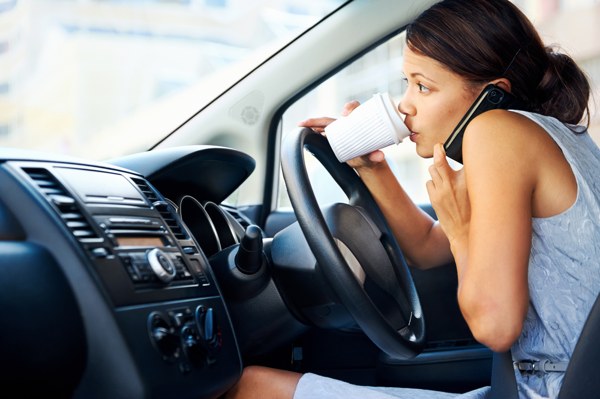 When people conjure up their definition of driving, more often than not it is associated with their vehicle moving. However, with respect to using a mobile phone whilst driving, the context is much broader. When in a stationary position, whether it be due to traffic lights or being in congestion, the engine is still on therefore it is still considered ‘driving’. With this in mind, mobile phone usage is also prohibited whenever the vehicle is in stationary positions throughout the journey.

According to 2014 figures from the Department of Transport, drivers being distracted or impaired by their mobile phone was the contributing factor in 492 accidents. 21 were classified as ‘fatal’ and 84 as ‘serious’.

Other research has also shown those motorists who text whilst driving have a 35% slower reaction time. Additionally, studies have demonstrated those drivers who perform secondary tasks whilst driving are three times more likely to crash. 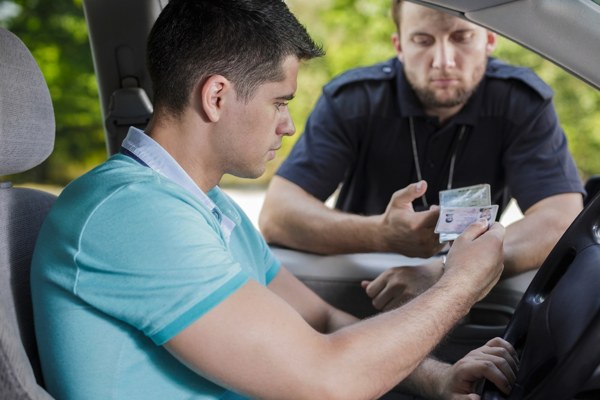 Using a mobile-phone whilst driving has been an illegal offense since 2003. Currently, if someone is caught using a mobile phone whilst driving they will face a penalty of three points on their license as well as a £100 fine. In the scenario, a case goes to court, a driver could be disqualified from driving and face a fine of up to £1,000. Drivers of goods vehicles or buses can be fined up to £2,500.

The same rules are applicable to someone supervising a learner driver; as it is their responsibility to ensure that the learner is driving safely and adhering to the Highway Code. With respect to new drivers, they could lose their license if they get six or more penalty points within two years of passing their test.

The only time that it is acceptable to use a mobile phone whilst driving is when it is unsafe or impractical to stop and call 999 or 122 in an emergency.

Whilst RAC provides an excellent overview, it does not segment the motorists into age groups. Brake, a road safety charity, compiled a report for 2015-2017, assessing the breakdown of age groups and use of mobile phones.

How to Deter Drivers from Using Their Mobile Phones

By early 2017, new rules proposed by the Conservative Government will introduce monumental increases in penalties.

Someone caught using a mobile phone whilst driving will receive six penalty points and a fine of £200. If someone is caught twice, they could see fines of up to £1,000 and be given a lengthy driving ban of up to six-months.

Additionally, new drivers will face the tough reality of having their license revoked after their first offense. To regain their license, they would need to reapply for a provisional licence and persevere with doing both their theory and practical tests again.

- Increasing The Presence of Traffic Officers

This means that many drivers are getting away with using their mobile phone at the wheel and are not fearing the consequences of getting caught as they can visibly see a lack of police presence. This is evident when looking at the 2014 RAC Report on Motoring. 42% of motorists believe it is unlikely that they will get caught texting whilst driving. 51% of motorists also think it is unlikely they will get caught texting whilst stationary at traffic lights or stuck in congestion.

Manufacturers also have a role to play in assisting drivers from getting distracted from the irresistible temptation of their mobile phones. Most (if not all) mobile phones currently have an ‘airplane mode’, which disables features such as Bluetooth, Wi-Fi, messaging and calls whilst flying. In a similar manner, mobile phone manufacturers can introduction a ‘driving mode’.

A ‘driving mode’ which is either manually turned on by the driver or automatically activated when it senses the vehicle moving. Deactivating internet, application (apps), messaging and phone call access whilst at the wheel. Furthermore, in ‘driving mode’ having a generic text each time anyone texts or calls the driver to alert them that the person is behind the wheel and would not be able to respond now.

Whilst a vast amount of drivers are adhering to not using their mobile phone behind the wheel, many others seem to be either ignoring or taking chances and doing so anyway. This is determinately affecting their driving concentration as well as co-ordination and increasing the risk of them causing an accident. The introduction of tougher penalties not only provides greater consequences but makes drivers consciously think twice about their actions. Tougher penalties are therefore highly welcome but if they are to work effectively, there needs to be complimentary increase in the presence of traffic officers to enforce the law.