But thanks to Click4Reg, and the exhaustive efforts of Sales Manager Vanessa Escott, one delighted man has been reunited with his own ‘lost love’ decades after he thought the two of them had parted forever.

Now, at the tender age of 81, customer Tom Moore finds himself once again driving a car with the cherished number plate of 9GOU – 52 years to the day after he first acquired it.

Tom, who now lives in Chorley, Lancashire, initially had the distinctive plate on a swanky, three-litre, Austin Princess Vanden Plas - the top-of-the-range version of the car – which he bought second-hand on his 29th birthday in August 1963. 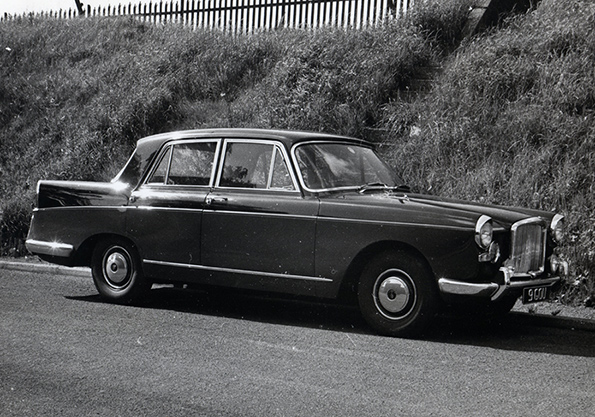 It was the start of a love-affair that was only superseded by marriage and the starting of a family; The new domestic situation soon required a more practical vehicle and he sadly parted with 9GOU.

But Tom never forgot those carefree days and the 9GOU plate became a symbol of cherished memories. He would, periodically, ponder on where the plate had ended up.

He recalled: "Over the years, I've often wondered where it might be and, amazingly and quite by chance, 15 years ago, I spotted it on a Mercedes parked outside a shop in Southport."

"I wondered whether I could make the owner an offer but wasn’t sure about the legality of a deal like that and, sadly, I let it go."

So, for a second time, Tom had to watch 9GOU drive away into obscurity.

But this year the retired mechanical engineer decided to have one last shot at getting the registration back. He started to make inquiries at the Driver and Vehicle Licensing Agency (DVLA) but was soon daunted by the bewildering bureaucracy and legal labyrinths that now cover car registration numbers.

"I really needed help," he said. “In the end, out of desperation, I put the question into my search-bar and up popped these people in Hastings called Click4Reg. I called them and spoke to a lovely lady called Vanessa and she said she'd do her best to get me what I wanted.”

"To be honest, I didn't hold out a lot of hope," he confessed. "First they had to find out who owned it, where it was and then set about actually acquiring it.”

“They kept me informed with regular updates on their progress but I still didn’t really believe it would come to anything. When I actually got the call to tell me they'd found the plate and it was mine I was astonished!”

Click4Reg Customer Service Manager Vanessa Escott said: "At C4R, we don't do business, we do people. Mr Moore had spent half-a-century wondering and dreaming about that registration plate and he'd finally decided to have one last go at getting it back."

She explained that, having heard the story of how Tom first acquired the plate on his birthday, the Click4Reg team set themselves the target of getting the plate back for him in time for his next birthday.

"When we talked to him we realised just how significant this mission was to him – and he'd entrusted it to us," said Vanessa. "There was no way we were going to let him down and we were ready to move heaven and earth to get a result."

And the boss of Click4Reg, Elie Fakhoury, added: "A few weeks ago, we were privileged to be voted top company for Customer Service in the 1066 Business Awards. That was a great feeling but ... you know what? Reuniting Tom Moore with 9 GOU was a better one!" 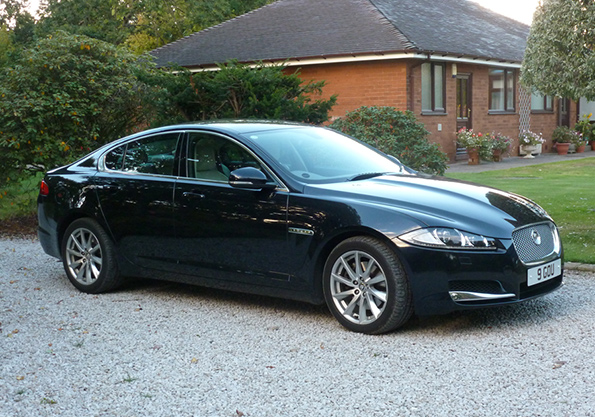 Half a century of automotive technology may have changed the car Tom's driving today – he now has a three-litre Jaguar XF - but that reunion with his beloved number plate has brought him full-circle – back to the happy days of man and machine in perfect harmony.